Dark indietronic djSPUD has launched his new website. The site presents his upcoming DJ gigs and archives all his previous events and also the playlists of his DEFCON 1 radioshows at Kink FM. The new site now also has a news section.

A djSPUD.net overhaul was long overdue. The old site was more than 10 years old and built in the now obsolete Flash. Just for reference a screenshot of the old site can be seen below. Finally this is a thing of the past and a new modern responsive website has come in its place. Like its predecessor the site has an overview of djSPUDs career), lists all future and past djSPUD events and contains an archive of playlists of all Kink FM DEFCON 1 radio shows djSPUD hosted between 2008 and 2011. New is the news section where djSPUD will post latest news about himself or other topics he finds interesting to mention. 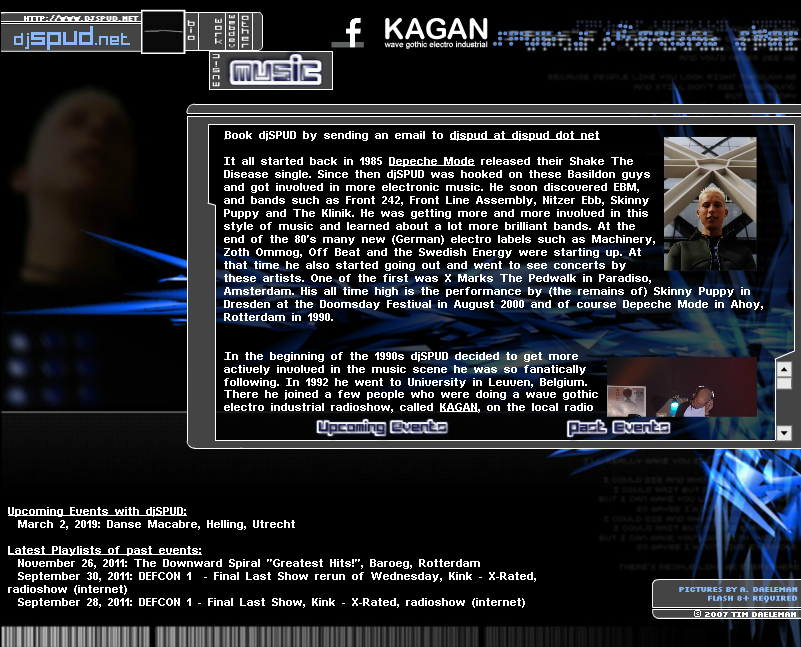 For those interested the site is a fully static site (HTML, CSS & javascript) and built with the aid of static site generator Jekyll. The design is almost fully based on the Jekyll Galada theme and for the carousel an Owl Carousel library is used.